The Bundeskongress für nationale Stadtentwicklungspolitik 2017, which took place on June 12th & 13th in Hamburg, celebrated the ten-year anniversary of the signing of the Leipzig Charter on Sustainable European Cities. The Leipzig Charter focused on several main topics, including dealing with deprived neighborhoods, improving public spaces, modernizing infrastructure, and better and more efficient public transport in and between cities, and can be regarded as a precursor for the 2016 Urban Agenda for the EU. 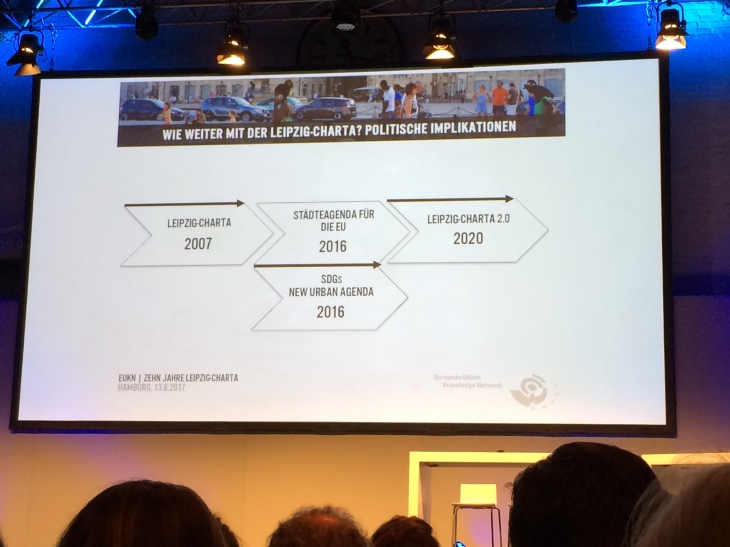 The signing of the Charter also marked the beginning of the National Urban Development Policy program at the German Federal Ministry for the Environment, Nature Conservation, Building and Nuclear Safety. So the conference looked back on ten years of integrated strategies and coordinated action on a European level, but also reviewed some of the effects, successes, and challenges that the Urban Development Policy program has faced and caused over the last ten years.

The centrality of cities in the debate around quality of life was mentioned repeatedly. According to recent reports, three quarters of the population of Europe live in cities. Despite this fact, rural areas and small towns are beginning to gain a more important role in urban and regional development policy.

Olaf Scholz, mayor of Hamburg, emphasized the role of affordable construction methods in the creation of affordable housing for the urban population. He warned that rising rent prices in cities could lead to decreases in cities’ popularity, as creatives and the lower and middle classes are displaced or unable to find a suitable place to live in the inner-city.

In his keynote, Jan Gehl, Danish architect, urban design consultant, and author of numerous books on architecture and urban design, talked about planning for people. In his keynote (and many of his books on the subject), he argued that historical city planning concentrated on human-scale spaces (like squares and plazas) and placed buildings around them, but that modernist planning (and much of planning today) shifted the focus to planning (single) buildings, leaving “left-over” spaces. Through the centrality of the automobile in modernist planning, the landscape shifted from one for humans to one for cars. According to Gehl, the best changes that we can make in our cities to improve daily life and make them more socially and ecologically sustainable is to reduce the prominence of cars in the cityscape and break up large, monofunctional spaces. These simple changes, when applied locally, can have important and positive effects on the community, social life and interaction, and the city’s ecological footprint.

“Urban development using existing buildings means accepting our cities as they are, with all their contradictions and flaws.”

– Dr. Arnold Bartetzky, Honorary Professor for Art History at the University of Leipzig at the 11th Bundeskongress für nationale Stadtentwicklungspolitik

According to Dr. Arnold Bartetzky, who gave the impulse lecture for the arena, only three percent of buildings in Germany are under historical protection, but about thirty percent are of high enough quality to warrant protection. Which raises the question: how many of what kind of buildings do we (want to) preserve? Using existing buildings means using existing spatial potential and the “gray energy” that went into producing the building, and also preserving historical structures. However, existing buildings may face significant barriers to being repurposed or adapted with regard to building energy standards or new safety norms. This was particularly true of the case study from Mannheim, in which American barracks in the Benjamin Franklin Village are being repurposed for housing, but the (fully-functional) built-in kitchens and sports facilities had to be torn out or closed because they don’t correspond to German building standards.

The discussion circled back to the idea of architectural quality – Bartetzky argued that we need better architectural quality in our day-to-day architecture, not only in individual built highlights. The point was also raised that the next challenge for repurposing. addaptive reuse, and historical protection will be post-war modernist built structures, which make up thirty-eight percent of buildings in Germany. Adaptive reuse and built cultural heritage will certainly be topics for the second European Year of Cultural Heritage coming up in 2018. The first European Architectural (Heritage) Year in 1975 represented a sea-change in how the built historical structures of European inner-cities were regarded and handled, and marks a turning point between modernist development-through-demolition tactics and post-modernist ecclecticism, preservation, and repurposing.

The social aspects of urban policy in Germany, in particular affordability and inclusivity, remain central. Further topics discussed at the conference included infrastructure, digitalization and smart cities, sociospatial segregation, and ecological sustainability. The integration of migrants remains a central topic, in particular with regard to their long-term integration into life in the Federal Republic. The report “Ten Years after the Leipzig Charter” and more about the Leipzig Charter 2.0 will be available for download in English on the Federal Institute’s website soon. 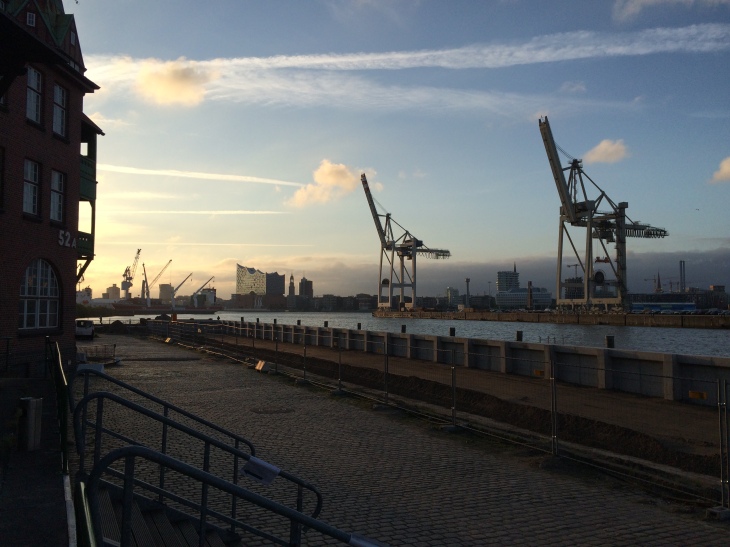